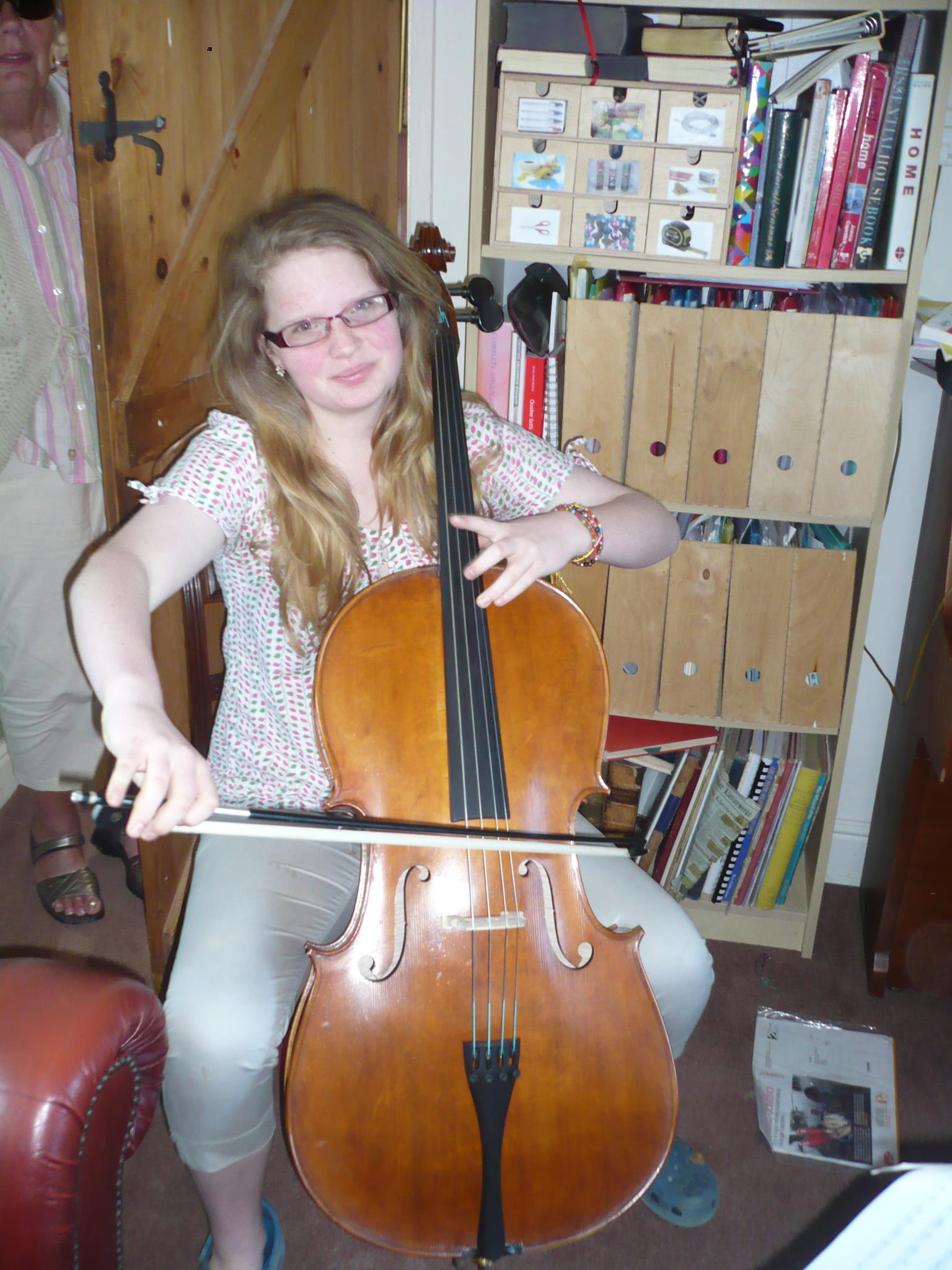 I often think about the time I started learning the cello. I had received a few lessons when I was 8 but quickly decided it wasn’t for me and went back to my imaginary 8 year old world of few anxieties. It was shortly before I turned 12 that a student at my secondary school offered to teach me the cello. It was normal to start learning an instrument at this time in my school, but I very quickly became determined that cello was to be my life. I had barely passed grade 4 when I decided it was the only thing I wanted to do and that felt very depressing. In the context of my small school, it felt a reasonable assumption but as soon as I branched out, auditioned to music schools and faced numbers of rejections, I realised just how far behind I really was.

It was shortly after I had taken my grade 5 exam that I auditioned for Chethams for the first time. I was 14 and adamant that this school was the only place I wanted to be. They told me to return and reaudition in two years time for the sixth form. Already I had faced so much rejection and self-doubt consumed me. Being at the age of 14 with so many insecurities and struggles already, I felt I couldn’t get hold of what I loved, however hard I worked. It took many hours of practice a day and a lot of motivation from my teacher at Birmingham Junior Conservatoire for me to feel there was any chance. Sure enough two years passed, I had a grade 8 distinction and a place at Chetham’s for sixth form. A further four years and I am in my third year at the Royal College of Music and still have periods of intense doubt that I will ever be good enough.

All this time I’ve been so convinced that if only I had continued with the cello at a younger age, the struggles I faced would have greatly diminished. Beginning a musical instrument at a young age certainly allows you to get a lot of the difficulties out of the way, especially if you become a professional musician. Motivation is largely down to the parents and how they manage practice time, we are much less self-conscious and self-belief is on an all time high. Such a large part of my struggle was with performing and the anxieties it created for me. Younger beginners are much more used to performance situations and learn to deal with it from early on and they don’t have such an extreme sense of how others may perceive them. Sharing my music made me so terrified because I felt I wasn’t worthy of performing. I wasn’t yet worthy to express how I felt because I wasn’t good enough and it didn’t justify how I wanted it to sound. I was hugely aware of how I compared to others my age and this often crushed me.

Starting later than others has meant that everything has happened very quickly for me. The awareness of being behind forced me to work harder than others that started much earlier. This forced me to create a strong work ethic from the beginning. I always kept a long list of goals and, although I often felt very down about my standard, I never truly doubted that my goal was possible. My parents were also clear with me that music was my own journey and, although they were supportive, they didn’t want to manage me. It all had to come from me.Throughout all these extra components to the music world, I knew that what I wanted was possible because of how much I loved music and loved playing the cello.

If we love what we do and have a drive to get closer to it, I don’t believe that there is any correct time to start. It may be that I would’ve faced fewer barriers if I had started sooner, but I often try to remind myself of how important it was for me to find music by myself and how authentic this feels.